A Law Firm Regularly visiting Clients in regional Victoria
and the surrounding area .

James McConvill & Associates is a law firm with expertise in family law, as well as wills and probate, business law, general and commercial litigation and criminal law.

Dedicated to providing flexible, innovative and first-class legal advice and representation to a diverse range of clients throughout regional Victoria, James McConvill & Associates offers a tailored approach to legal practice.

We take the time to get to know the people we advise and represent, and are passionate about assisting people throughout regional Victoria. We recognise communication as a prerequisite for success, so we place as much importance on listening to the needs and concerns of the people we work with as we do on delivering effective strategies and valuable advice. 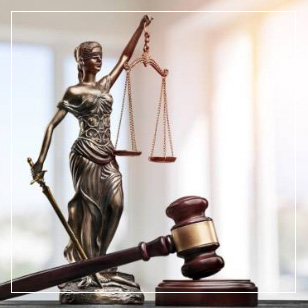 James McConvill & Associates is committed to employing dedicated, down-to-earth lawyers who are experts in business law, criminal law, family law and general and commercial litigation and who are passionate about the regional Victoria areas. Our lawyers pride themselves on their ability to build and maintain meaningful relationships and possessing a genuine passion for legal practice. 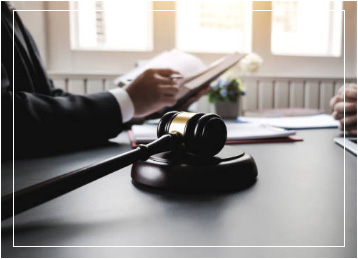 James McConvill is the founder and Principal of James McConvill & Associates. James has over 15 years post-admission experience in the law. James holds an honours degree in Law and a PhD from Deakin University in Melbourne. He has published several articles in Australia and overseas in leading family law journals, including the International Journal of Law, Policy & the Family published by Oxford University Press in the UK.

James has particular expertise with mediation of disputes, and preparation of Binding Financial Agreements to settle the distribution of property (especially where businesses are involved) in family law matters.

Sean has been going to court successfully for literally thousands of his clients since the early 1980’s, both throughout Australia and Overseas. Sean has prepared for and appeared in all sorts of matters – including Family, Crime, Personal Injury, Workers’ Compensation & Industrial relations/workplace law matters – in most of Australia’s lower and higher Courts and has worked closely with many of Australia’s most respected Senior Counsel - many of whom have now gone on to become Judges - over decades in matters in almost all of Australia’s Courts, including success in the criminal jurisdiction of the High Court of Australia in Canberra.

Sean’s skills include: Factual Investigation; Drafting letters and Court documents; Negotiation and Dispute Resolution; Appearing to advocate for and with clients in Court in Family, Criminal, Civil and Industrial Relations matters; Assembling forensically powerful briefs of evidence to Senior Counsel in the more serious and weighty matters where needs be.Sean brings a compassionate, mature and experienced approach to client’s legal hurdles and a strong drive to punch through and win success for his clients no matter the challenge.

Simone McMahon is a Senior Associate with the firm. Simone grew up in Perth and graduated with a Bachelor of Laws from The University of Notre Dame. After relocating to Brisbane, she completed a Graduate Diploma in Legal Practice in 2017 and was admitted as an Special Assistant with the Supreme Court of Brisbane QLD. In addition to her legal qualifications, Simone also holds an Advanced Diploma of Management, Diploma of Event Management and is a Winston Churchill Fellow. Simone also holds a certificate in speech and communication from the Australian Music Examinations Board, having had over 20 years’ experience as a professional presenter and lecturer at state, national and international levels. Simone is a highly motivated, ambitious, and professional individual who has developed a mature and responsible approach to any task she undertakes. She demonstrates strong leadership qualities, management skills and highly developed negotiation competencies with significant experience in stakeholder relationships and team management successfully achieving objectives on time and with excellence.

Simone’s genuine commitment to community service has been recognised by a notable list of awards including, Order of Australia 2013.